The new year is an ideal opportunity to commit to positive change, both personal and professional. As an executive or manager, you may want to resolve to be a better leader in the new year. Bryan Paarmann, a veteran, and retired FBI agent devoted over 30 years of his life to public service in the armed services and law enforcement sectors. As the head of the original and largest Joint Terrorism Task Force in the U.S., he has extensive knowledge of leadership, a topic on which he still seeks to educate people. Here are his three resolutions he suggests for leaders to make the most of 2020. 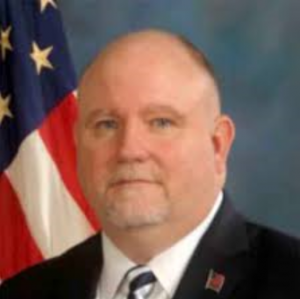 1) Take Responsibility for Employee Development
Employee development is crucial to keeping your workforce operating at peak efficiency. It can also help employees feel valued and certain that you are investing in them and their future with the company. Don’t leave this task to HR. Instead, research and discuss with colleagues what you can do to contribute to employee development this year.

2) Be Transparent
Transparency is key to good leadership. Employees and customers alike value a leader who takes the time to communicate regularly and seeks to gain support through information and sharing decision factors. Be real with your staff. Let them know when the organization is facing a hurdle and be open to discussing potential mis-steps or shortfalls. Likewise, be open to constructive criticism. One of the side benefits of transparency is that you open yourself to new ideas on how to improve.

3) Use Power Responsibly
As a leader, one of the most important aspects of your role is to make things better. This includes, of course, achieving organizational success, but also making your employees’ lives better and giving back to your community. Increasingly, people desire to work for an employer with a social conscience, one that shares the wealth through charitable donations and other philanthropic efforts, such as company volunteer days and social activism.

Bryan Paarmann graduated from the United States Military Academy and served as an Infantry Officer in the US Army. During his tenure, he completed peacetime and combat assignments around the globe. In 1996, he joined the FBI, following in his father’s footsteps. His father had served in the FBI from 1953 to 1980 after serving in the military in World War II. While Bryan Paarmann worked his way through the ranks, his assignments grew in scope and responsibility within the FBI’s Criminal and National Security mandates.

One of the greatest honors of Bryan Paarmann’s career was his appointment to lead the NY Joint Terrorism Task Force, the largest, oldest, and one of the most active JTTF’s of the 102 nationwide. He became the FBI Special Agent in Charge of the New York Office Counterrorism Division and the NY JTTF in 2017.

Although Bryan Paarmann honorably retired in 2019, he continues to provide informational and educational presentations to various groups, including law enforcement, military, civic organizations, trade groups, non-governmental organizations, universities, and colleges on the changing dynamic of terrorism threats and what can be done to prevent and mitigate them.